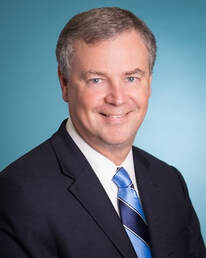 Joe Cruise has over 36 years of experience in various transportation and logistics fields including: sales and marketing; business development; planning; budgeting; land operations; systems development and automation, and finance and accounting.

Joe joined the Gulftainer group of companies in 2015 as the commercial head of its North American operations, GT USA LLC.  He was instrumental in assisting with the successful start-up of GT USA’s office headquarters in Port Canaveral, Fla., Gulftainer’s first venture in the USA, and building the customer base for the new multi-purpose Canaveral Cargo Terminal in Port Canaveral.

His customer focus, attention to detail, and entrepreneurship enables him to create tailor made supply chain solutions for our Partners.  Joe was appointed Interim CEO of GT USA Wilmington to lead the U.S. Team and coordinate with Company HQ during the privatization process of the Port of Wilmington, DE, Gulftainer’s second U.S. port.  Read more! 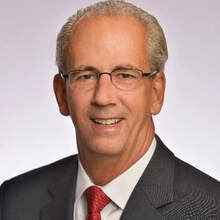 ​Carmen is a graduate of Widener University where he earned both a BA in Political Science with a Minor in Business and MBA degree. He is a licensed real estate agent and broker of record in Delaware and New Jersey.

​​​Michael A. Griffin is Chief Executive Officer of Ashanti Produce International. Mr. Griffin serves as the Honorary Consul for the Republic of Namibia in Delaware.

Ashanti Produce International Inc. "API" is an international import-export trading company founded in Chicago in 1994 and is headquartered in Wilmington, Delaware with offices in Camden, New Jersey and Accra, Ghana.

API manages all aspects of import and export trading including product development in agricultural technologies, logistics, and supply distribution. Mr. Griffin is the founder of the African Caribbean Produce Union (ACPU), which links farmer cooperatives with West African and Caribbean Agribusiness Groups. His “Reclaim the Grain” initiative is focused on increasing rice yields to ensure food security and sustainability in Africa.

Mr. Griffin is also a board member of World Trade Center Delaware where he draws on his extensive experience in international trade to foster economic and developmental growth in Africa. Mr. Griffin works hands on bridging the gap between the United States and Africa creating opportunities on both continents. Through the Business Council for International Understanding (BCUI), USAID, OPIC, and various African Diaspora programs, Mr. Griffin focuses on revolutionizing the $500 billion Agricultural industry. Read more! 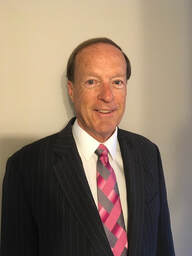 Howard works as a Senior Associate for Triad Associates, the premier economic development consulting firm in Southern New Jersey.  His area of focus is seeking funding opportunities for communities in the areas of infrastructure and business development.

Previously, Howard had a 42-year career at USDA Farmers Home Administration/Rural Development providing financial assistance to rural communities and individuals to promote economic development.  During his career, he worked in New Jersey, Delaware, Maryland and at the headquarters office in Washington, DC.  In August 2009, Howard was appointed as State Director for New Jersey.  He served in this position until his retirement in January 2017.  During his seven plus years as State Director, nearly $2 billion was obligated in loans, loan guarantees, and grants for rural economic development including single and multi family housing, infrastructure, community facilities, business, and energy programs.

Howard was called upon to serve as Acting Chief of Staff to the Administrator of the Rural Housing Service, one of three agencies that make up USDA Rural Development.  He served in this capacity for eight months from November 2013 to July 2014, including several stints as Acting Administrator.  He ran the day-to-day operations of the $35 billion a year Rural Housing Service, which administers the housing and community facilities programs.  One of the major accomplishments was the public private funding initiative that was announced in 2014.  This has led to several billion dollars in USDA assistance in partnership with private entities especially in the areas of health care and education.  In addition, Howard served as a special advisor to the Under Secretary for Rural Development on an intermittent basis in 2015 and 2016.

Howard is a graduate of Rutgers University in New Brunswick with a Bachelor of Science degree in agricultural economics.  He also holds a Masters Degree from American University in public financial management.​ 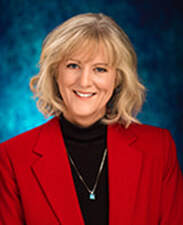 Ms. Himber is responsible for the various initiatives designed to meet the organization's mission to promote and protect maritime commerce within the Delaware River and Bay port complex.  To meet this mission, she leads Maritime Exchange government affairs and public policy initiatives and works directly with legislative, regulatory, and enforcement agencies, including Customs, Coast Guard, USDA, the Army Corps of Engineers, and the Environmental Protection Agency.

Prior to her appointment as President, Ms. Himber served as Vice President, Director of Operations and Computer Operations Manager for the Maritime Exchange.  She was responsible for the initial design, development, implementation, operation and user support for the various port automation programs operated by the Exchange.  These include, among others, the TRACS cargo manifesting system, the PORTS tide and weather system developed with the National Ocean Service, and the Delaware River ID system which served as predecessor to the national Transportation Worker Identification Credential (TWIC). Read more! 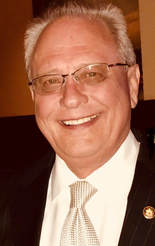 Brian M.P. McGlinchey is a government relations professional with almost a quarter of a century experience in federal, state and local affairs.

The former Projects Director for then-United States Senator and now former Vice President of the United States, Joseph R. Biden, Jr., Mr. McGlinchey was most recently the Director of the Delaware based Laborers – Employers Cooperation and Education Trust, a progressive labor-management fund. For the last 12 years, Mr. McGlinchey forged economic policies which promoted growth in the construction industry in the eastern region. He recently spearheaded an effort in collaboration with the development community to expand brownfields redevelopment on 14 sites, including the Claymont corridor in the coastal zone.

Mr. McGlinchey is also the President of Delawareans For Economic and Environmental Development (DEED), a coalition of labor, civic, environmental and business leaders which champion balanced policies that expand the tax base and create private sector jobs while enhancing and protecting the environment. Read more! 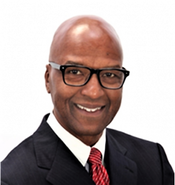 Theo has a multitude of professional experience from the private, corporate, not-for-profit and government sectors.

Theo is currently Co-Founder, CEO and President of Drone Workforce Solutions, LLC, (DWS), a global technology and strategic business solutions company to provide solutions for businesses and organizations requiring drones and its applications. DWS has a state approved drone education and training school and a global drone employment and staffing company. DWS may be the only company that fully certifies and vets FAA commercial drone pilots for Corporate America and the government through its proprietary on-line database portal system with a full administrative backend support system. Read more! 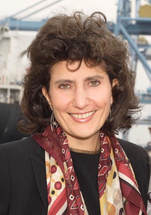 Founded in 1998 as a Delaware corporation, Port to Port International is now one of the nation’s largest shippers of used vehicles and a growing shipper of new and used construction machinery to Central America.

Since 1998 she has led the expansion of the company through Strategic Planning and Logistics, Management, Sales, Accounting, Vessel Chartering and Development of New Markets. Read more! 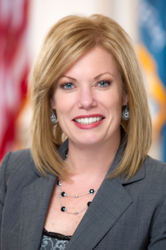 Sen. Nicole Poore represents the 12th Senate District, which includes most of New Castle and Bear, all of Delaware City and communities south of the Chesapeake & Delaware Canal, including Whitehall, Bayberry and others.

She joined her brother in building a successful healthcare staffing startup that was later sold to Welsch Carson, one of the largest investment firms in the United States. Sen. Poore then became a senior client services manager for Agile 1, where she handled workforce solutions for the DuPont Co. Her professional and volunteer experience also includes serving as a member of the Delaware Juvenile Justice Advisory Board, volunteer work with the Rape Crisis Center and a stint as Exceptional Care for Children’s director of development. She is currently the president of Jobs for Delaware Graduates, a nonprofit that helps students connect with sustainable, skills-based career opportunities.

Sen. Poore’s interest in government policy began after the birth of her oldest son Nicholas, who was diagnosed cerebral palsy. Her activism in the special-needs community led to a successful 2012 bid for state Senate. Following her unchallenged bid for reelection in 2016, Sen. Poore was selected to serve as Senate Majority Whip by her peers. She then served as Senate Majority Leader from 2019 to 2021.

She and her husband Billy live in New Castle with their three children.

Michael Ramone
Delaware State Representative (R)
​
Mike Ramone was first elected to the House in 2008.  A lifelong Delaware resident, Mike graduated from St Mark’s High School and attended the University of Delaware.  In 1982, at age 21, he opened his first business, Ramone’s Flower Shoppes.  Mike and Lisa have three grown children - Brittany, Ross, and Nicholas, and a new grandson, Wendell Ross.

Mike – a true entrepreneur – founded, owned, and operated multiple local businesses with his wife of 35 years, Lisa.  They currently own six successful businesses and employ over 200 individuals throughout the year.

For 40 years, Mike’s passion has been coaching and mentoring children of all ages in swimming, and in life.  He has taught swimming and coached at various community clubs and nonprofit organizations, as well as at public and private high schools throughout New Castle County.

As a businessman and Delaware resident, Mike’s commitment has been to help the community.

As a legislator, Mike works tirelessly to resolve community issues.  He has repeatedly secured funding for projects throughout the 21st District. Read more!

Licensed to practice in both Delaware and Pennsylvania, Andy focuses his practice on business, corporate, and transactional law. In connection with this work, Andy routinely advises businesses and individuals concerning complex corporate compliance and internal governance issues; business formation, sale, and acquisition; and commercial contracts.

Andy joined World Trade Center Delaware in 2015 after recognizing that his clients were increasingly confronting international legal issues, such as FCPA compliance and multi-boarder trade agreements. Since joining, Andy has advised manufacturers and service providers regarding all matters affecting international trade, including business acquisition, sales, distribution and supply agreements, licensing, and joint venture agreements.
​
As a native Delawarean, Andy has developed a deep personal interest in World Trade Center Delaware’s mission in assisting local companies succeed in a competitive and global commercial environment. 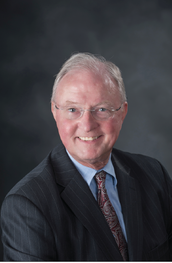 Charlie Tomlinson has been around the Delaware business community for over 40 years, the entire time in some form of marketing communications. Currently vice president of business development for Today Media (publishers of Delaware Today, Delaware Business Times, and six other publications -- plus custom publications for external clients), Charlie has also been director of marketing for two local retail automotive groups.

He joined Today Media for his first tour of duty in 1993 as director of sales and marketing for Delaware Today Magazine. During that period, he was instrumental for the company in launching Main Line Today Magazine in the western suburbs of Philadelphia. 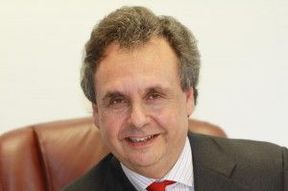 Jacques Luben was born in Paris, France. As a child his parents moved him to New York City where he earned a French Baccalaureate and developed strong proficiency in several languages.

After earning a B.A. in International Relations from the University of Pennsylvania and an MBA from Columbia University, Jacques embarked on a career as a commodities trader with two major Wall Street firms from 1979 to 1985.

In 1985, he accepted the position of Executive Director of Platinum Guild International (USA). The latter is a major London based trade association with offices in 7 countries. Jacques’ tenure in this role lasted 15 years. Read more!